MELODY MAKER lets you set type that looks like musical notation! The complete font includes some clefs, notes, and more to create musical headlines, captions, and logos. In addition to the font as shown above, there are also Notes Only and Staff Only version so you can mix colors, set the text on a curve, or make up your own staff! Includes upper and lower case, numbers, punctuation, international characters, some alternate letters, and musical characters. 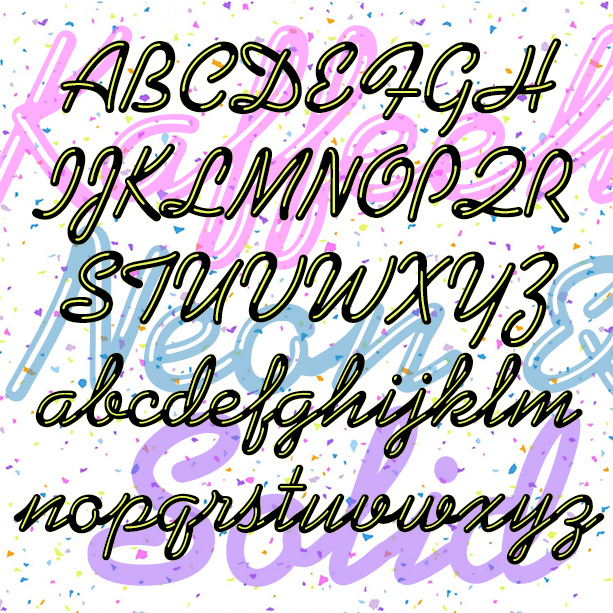 The GARDEN fonts began with a sans serif, then sprouted and grew! Inspired in part by the early Walt Whitman cover at left. Plant motifs were adapted from a variety of historic sources* and incorporated into bold, wide grotesque letters in three degrees of vegetation: Full, Two-Thirds, and One-Third. Set also includes Empty (without sprouts) for cross-pollination. (Shown in descending lines above.) Each font includes capitals, punctuation, numbers, and international characters. PATTERN SOURCES Pattern Design: An Introduction to the study of formal ornament, Archibald H. Christie Palm from a woven silk fabric. Italian, 13th century. Berlin, p117 Pattern from a… continued