POIGNANT is an elegant titling font that combines aspected of a Didone (“modern”) with calligraphic flourishes. Inspired by the hand-lettered titles of certain Twentieth Century Fox films such as All About Eve (1950), Gentleman’s Agreement (1947), and Niagara (1953)–all art-directed by Lyle Wheeler, perhaps a clue to the original hand. And if you really like film titles too, check out this site. Each font includes caps, lower case, numbers, punctuation, and international characters. 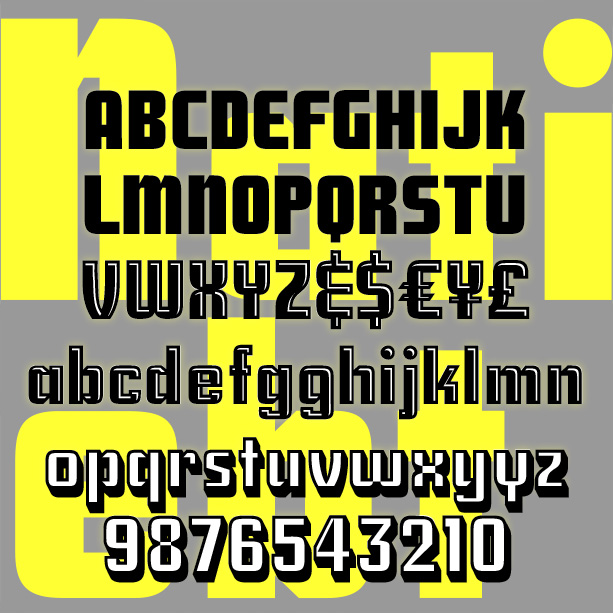 The GAUMONT fonts are based on the hand-lettered titles of the film The 39 Steps (1935), a Gaumont-British Picture, directed by Alfred Hitchcock. The regular and italic both appear in the opening titles. I’ve taken a few liberties, regularizing the characters but preserving the quirkier letterforms and rounding out the font in the same spirit. Each font includes upper and lowercase, numbers, punctuation, and international characters. 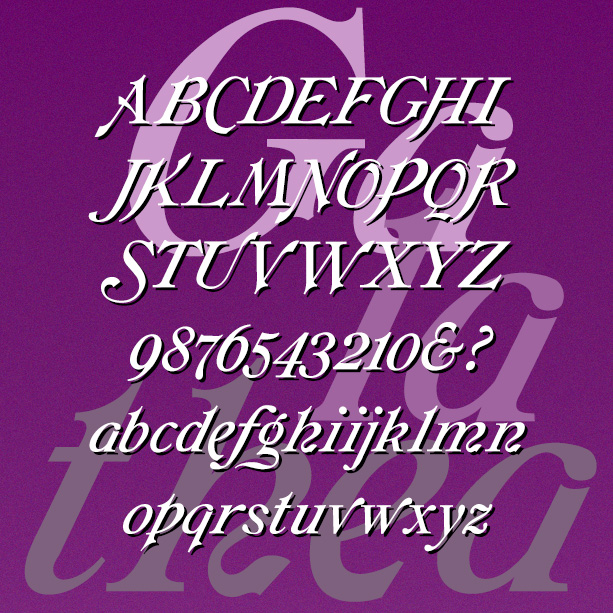 COLUMBIA STAMP was suggested by my correspondent Marsha, who sent me scans and lots of encouragement. It’s based on her set of vintage rubber stamps and has a smoother edge and straighter alignment than my other stamp fonts. Upper and lower case, numbers, punctuation, and international characters.