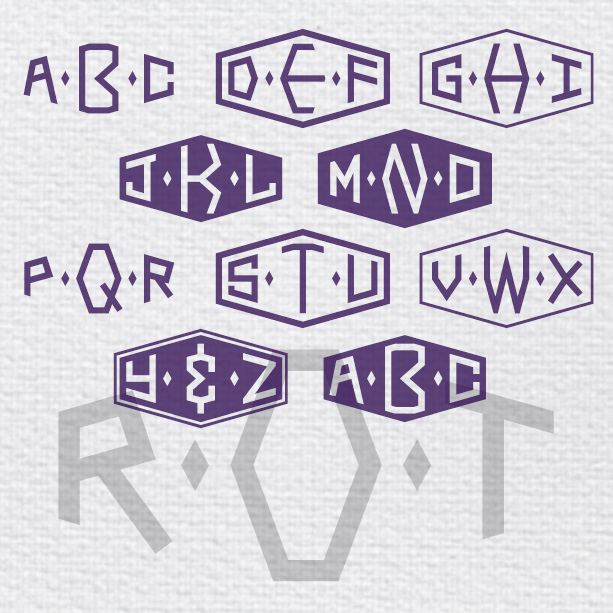 THORNHILL MONOGRAMS is a pair of fonts designed to create custom monograms in a classy retro style. Contained within a horizontal diamond shape, you have the choice of black letters on white or white on black, with or without decorative borders to enclose your monogram. Inspired by Cary Grant’s character’s monogram in Hitchcock’s 1959 classic “North by Northwest.”  The R·O·T monogram appears on book matches and a handkerchief, indicating Roger O Thornhill’s class and style. When asked what the O stands for, Thornhill replies “nothing.” Perhaps a film buff with a 2-letter monogram would also use the O. 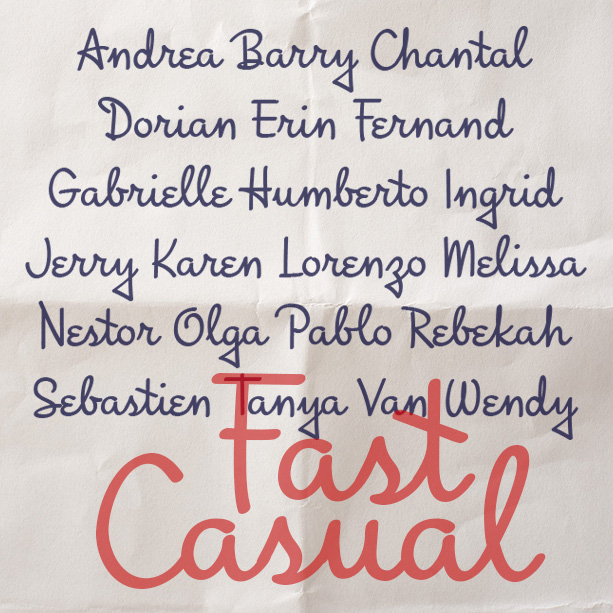 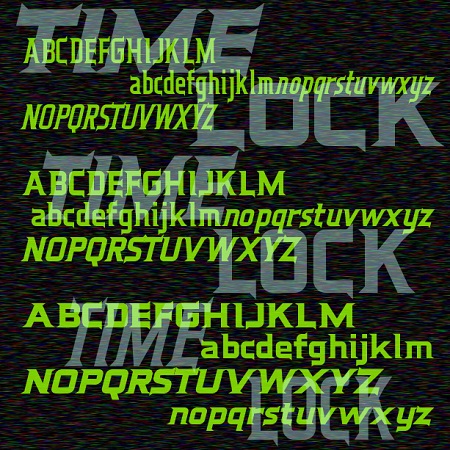 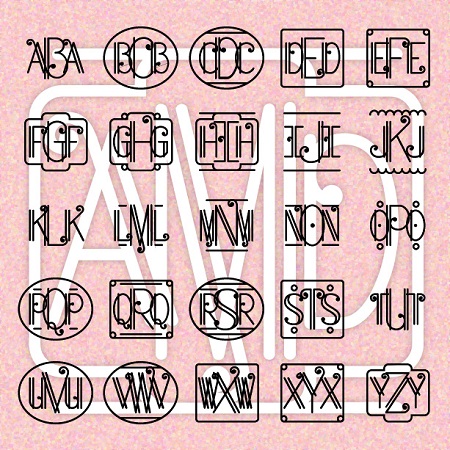 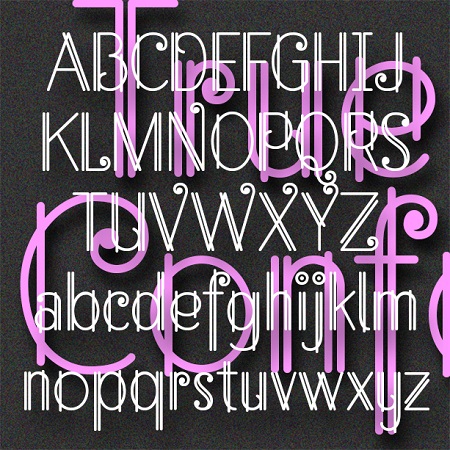 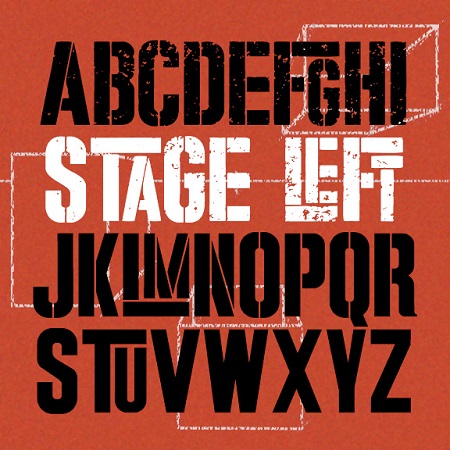 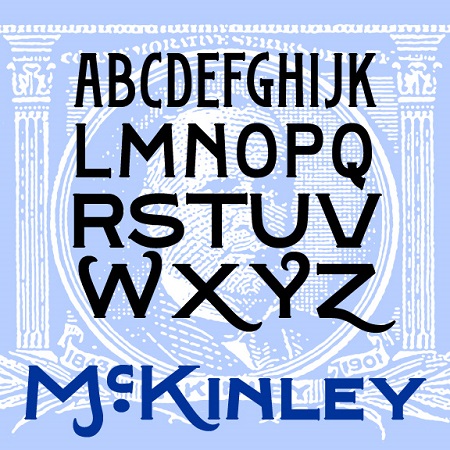 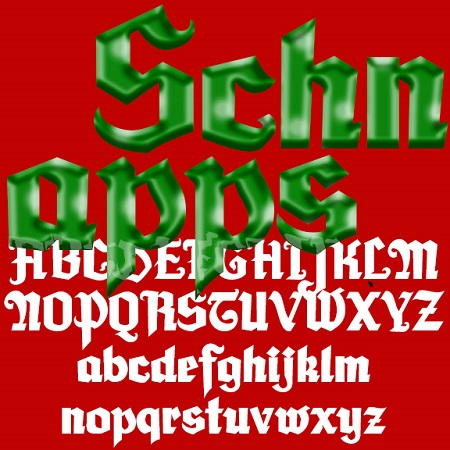 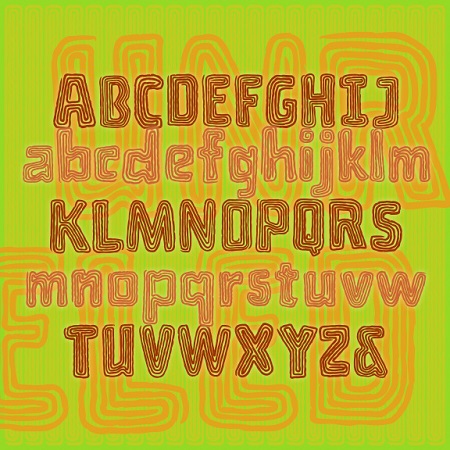