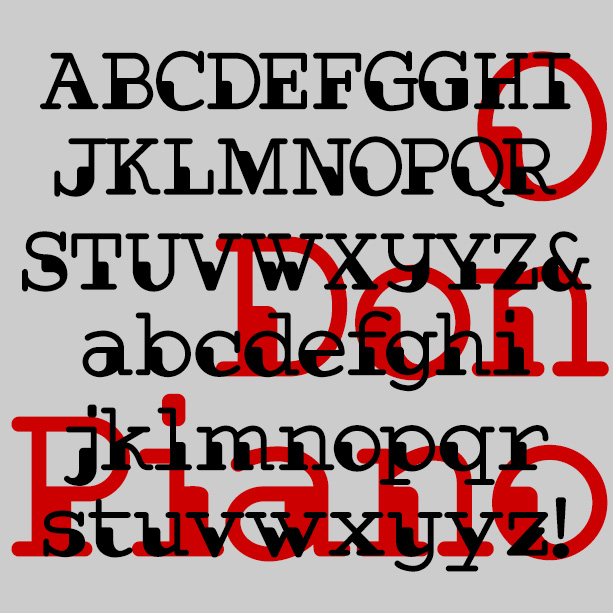 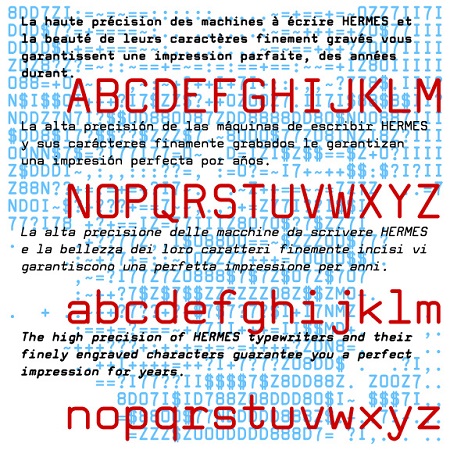 INSTITUTE STAMPS is a pair of monospaced rubber-stamp style font that emphasize the primitive nature of the medium, suggesting a telegram or oher early machine print. Working with a set of cheap, imported toy stamps, I deliberately printed them to include variation and accident. The Bold font has dark inky letters, the Regular is lighter and drier looking. These can be used separately or mIXed, depending on your taste. Named for the Albany Institute of History & Art with which I was working at the time I made this. Includes uppercase, numbers, punctuation, numbers, and international characters.

SEOUL is another pseudo-Asian font, but this time it’s modeled after Korean rather than the usual Chinese or Japanese script.  The basic design is contemporary, rather than brush-like. SEOUL CAPS recreates the uniform weight and width of the Korean letters and borrows or approximates a number of actual forms. The companion font, SEOUL STACKING, can be used to intersperse stacked pairs of letters (as in the sample block) for a more authentically “Korean” look.  To get a stacked pair, you simply type the upper letter in upper case, then the lower letter in lower case. Obviously this is for special… continued