EGYPTIAN REVIVAL is an exotic retro font with geometric flourishes. It was inspired by the single word EGYPT on an old book, sketched at left. It’s named for a style of European decorative arts that uses Egyptian motifs. I imagined I was an early 20th-century designer, influenced by Art Deco and the discovery of King Tut’s tomb. There are regular and inline versions, each including some alternate letterforms. I made this sketch from the cover of a book of 19th-century photographs in the Dallas Museum of Art. Includes caps and some alternates, punctuation, numbers, and international characters. 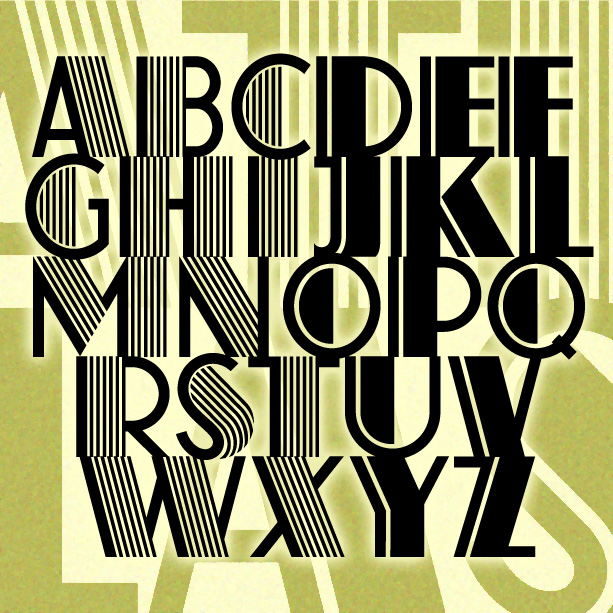 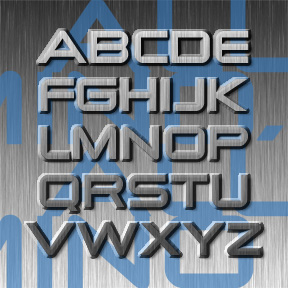 LIBELED LADY was inspired by the hand-lettered titles of the film of the same name (1936). It’s an enjoyable romantic comedy directed by Jack Connolly and starring Jean Harlow, William Powell, Myrna Loy, and Spencer Tracy, art directed by Cedric Gibbons , William A. Horning, and Edwin B. Willis. The opening titles are a fine example of Art Deco lettering, appropriate to the style and tone of the film. Somewhat regularized and fleshed out, the font remains faithful to the original. Dan X. Solo laments the scarcity of period Art Deco fonts; consider this a reconstruction of one that never… continued

CARTEL was inspired by the logo of OPEC, Organization of the Petroleum Exporting Countries. Rigorously geometric to the point of near illegibility, Cartel could add an exotic touch in a futuristic or retro context. Includes lowercase (including long and short ascenders and descenders), numbers, punctuation, and international characters.