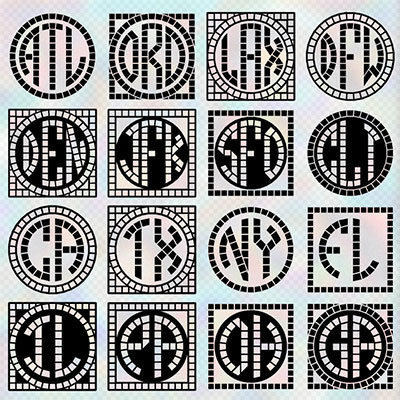 The characters of PENSTRIPE and PENCILSTRIPE are each composed of bands of 5 parallel lines, suggesting a sketch, weaving, or even a musical staff. Looks great layered in contrasting colors. In three weights and two textures (smooth Pen and rougher Pencil) which are best seen at larger point sizes. These fonts were inspired by the 1940’s pajama ad shown here. Includes uppercase, numbers, punctuation, and international characters.