GUADALUPE is based on the architectural lettering at the Basilica of Guadalupe in Mexico City. The current building was built in 1974-1976 and was designed by the architect Pedro Ramírez Vásquez. What really appealed to me, of course, was the lettering inside and out. Rustic and random, it’s very different from the usual metal letters I’d seen on buildings. Suggests early Christian texts and incorporates Greek forms: the phi-like Q, the chi-rho Rs, the cruciform Ts.

For my version, I redrew the letters and added missing characters. Then I carved and printed a linoleum cut; this added a hand-crafted texture including the stray bits characteristic of relief prints. (What are those called? chad?) And now there’s a cleaner companion font, minus the chad:

This may be the first Harold’s Fonts tattoo! 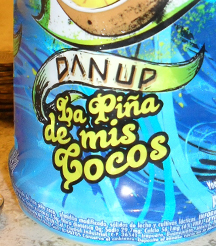